It is rare that we hear a totally new view of CSF’s background to the origins of his stories, half a century after his demise. But Kenneth Orosz from the Department of History and Social Studies at Buffalo College in New York State, has researched an entirely fresh source for ‘African Queen’.

Ken Orosz’s father was an American diplomat. The family was in Brussels in the late 1970s where Ken was in the British section of the (then) EEC run European School.  In 1983 he moved to London and went to the American School there before returning to the US for university.  Ken says ‘London will always be what I think of when I envision “home”… As for how I came to the topic, I always loved the film version of the African Queen and was fascinated when I accidentally stumbled across references to Brother Hermann’s activities in Cameroon while researching my totally unrelated dissertation on colonial language policy in Cameroon.  I always meant to return to the Brother Hermann/African Queen references, but it took some 20 years.’

Mr Orosz purports that a substantial part of the story of AQ is inspired by events in Cameroon, miles away from the generally assumed Lake Tanganyika. His suggestion is that an inspiration for Alnutt and his actions, was in large part the characters surrounding Brother Alphons Hermann of the Pallottine Mission Society – who participated in an attempt to sink a British warship using home-made torpedoes, in the strategically important (because of its wireless station and fine natural harbour) capital city of Douala.

Ken explores the history of the earlier, little-known naval campaign in West Africa and the British expulsion of German missionaries. His article will be published shortly in hard copy as “The Dwarf, the Goetzen and C. S. Forester’s African Queen: A Reassessment of Naval Operations in First World War Africa” by the Journal of Imperial and Commonwealth History. Here is a link for you to read now online: –

English rather than American spelling is used in the article partly because of Ken’s transnational background, but also because the Journal of Imperial and Commonwealth History mandates the use of English spelling.

This is a scholarly but eminently readable and fascinating presentation, and we thank Ken Orosz very much for his research and contact. 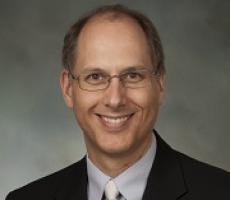 Kenneth Orosz is a member of the History and Social Studies Education Department at Buffalo College in New York State where he currently holds the rank of Professor. He earned his Ph.D. from Binghamton University and was previously an associate professor of history at the University of Maine at Farmington. Orosz’s research interests include colonial West Africa, comparative colonialism, missionaries, and language policy. His book, Religious Conflict and the Evolution of Language Policy in German and French Cameroon, 1885-1939 was awarded the 2009 Heggoy Book Prize by the French Colonial Historical Society.